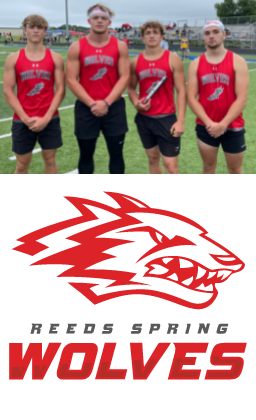 RSHS senior Ty Cooper placed eighth in the state at the Class 3 State Golf Championship. Cooper had the lowest score on the second day of the 36-hold competition. Reece McMurdo also competed at state and moved up 16 places on the leaderboard during day two.

The Reeds Spring baseball season ended with a tough 6-4 loss to Mt. Vernon in the district tournament.