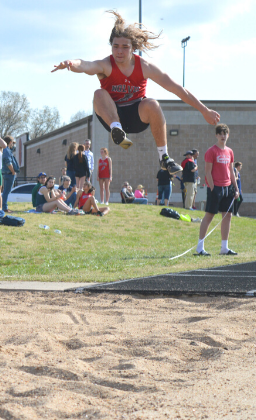 It was a rough day for the RSHS golf team at the Big 8 Tournament in Carthage. The team finished tied for seventh out of 13 teams. Ty Cooper finished second overall with a score of 78.