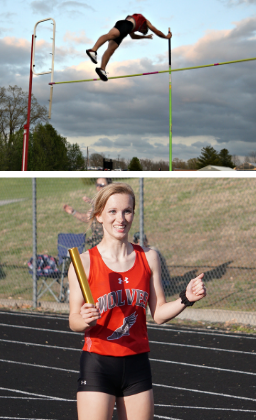 Later in the week at the Hillcrest Invitational, Lance Hafar again won the high jump.

The Wolves baseball team defeated Bolivar 15-5. The team had 13 hits and pitcher Justin Locke had five strikeouts while earning the win.

The RSHS tennis team lost to Forsyth 6-3. The doubles team of Connery Spain and Jaden McGuirk won a thrilling match 9-8 in a tie-breaker, and Ben Todd and Ethan Gordon beat the won 9-7. Later in the week at the Forsyth Invitational, the Wolves lost again to Forsyth, and to Willow Springs and New Covenant Academy.

The Wolves golf team tied for second at the Cassville Invitational. Reece McMurdo and Ty Cooper finished in the top four individually. McMurdo shot an 83 and Cooper shot an 84.