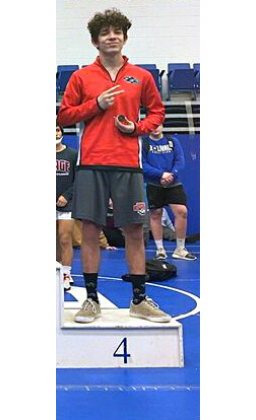 Reeds Spring High School’s Chase Johnson qualified for the state wrestling tournament by finishing fourth in the 120-pound weight class at the district tournament last week in Bolivar. This is the senior’s second trip to state. Johnson also qualified as a sophomore in 2018. The state tournament will be held February 20-22 in Columbia.