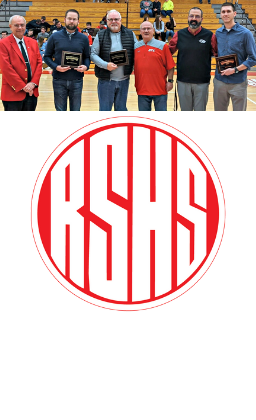 Two former athletes and a retired athletic director were inducted into the Sports Hall of Fame on Friday, December 20. The ceremony took take before the varsity boys basketball game against Blue Eye.

The newest inductees are:

Matt Growcock: the 1997 graduate was outstanding in baseball and still holds the career records for winning percentage as a pitcher (16-2 record, 88%) and best ERA (2.68).

Wayne Haynes: served as Activities Director from 2007 until retiring in 2015.

Josh Kent: the 2015 graduate was a two-time all-state defensive back for the Wolves. He was also First-Team All-COC and All-Area. Kent was also the 2014 Tri-Lakes Player of the Year.

This is the 23rd group of inductees into the RSHS Sports Hall of Fame, which was started in 1997.