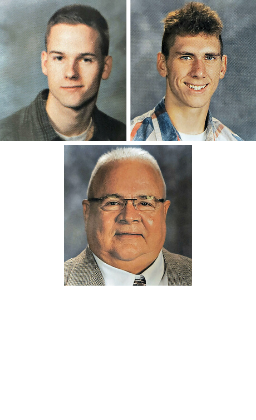 Reeds Spring High School plans to induct three individuals into the Sports Hall of Fame on Friday, December 20. The ceremony will take place at approximately 7:30 p.m., between the junior varsity and varsity boys basketball games against Blue Eye at the RSHS gymnasium.

This year’s inductees are:

Matt Growcock: the 1997 graduate was outstanding in baseball and still holds the career records for winning percentage as a pitcher (16-2 record, 88%) and best ERA (2.68).

Wayne Haynes: served as Activities Director from 2007 until retiring in 2015.

Josh Kent: the 2015 graduate was a two-time all-state defensive back for the Wolves. He was also First-Team All-COC and All-Area. Kent was also the 2014 Tri-Lakes Player of the Year.

This will be the 23rd group of inductees into the RSHS Sports Hall of Fame, which was started in 1997.